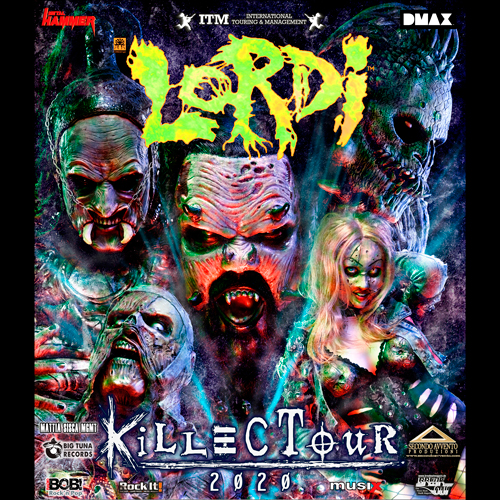 26 Novembre 2019
Big Tuna Records is glad to announce a great event,
Lordi will play at the Viper club in Florence on february 26th 2020.
Buy ticket:
https://tinyurl.com/yx652hrs

21 Novembre 2019
SISKA will perform as mainsupport with the legendary voice of Queensrÿche Geoff Tate! 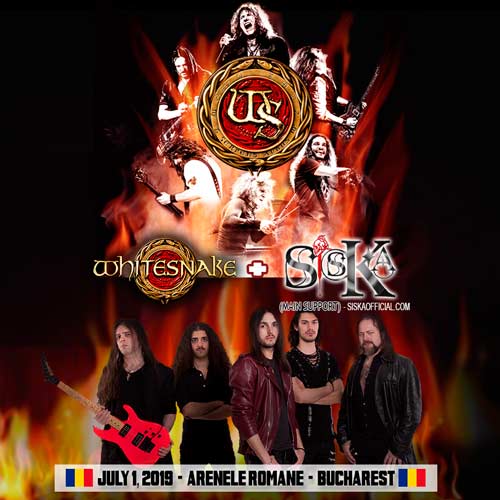 10 Aprile 2019
Today is a great day. Weeks ago we received this message:
“Hey, SISKA is the only band accepted by Whitesnake Mgmt and David Coverdale.”
Official announcement:
SISKA are the only band chosen by WHITESNAKE as MAIN SUPPORT!
The rock legend has appreciated the work done in this time, the songs and the full commitment of the musical project, and the band’s curriculum.
“ROMANTIC DARK & VIOLENT”, our album, will be presented with a great stage set. The songs, the cover with Venice, will be brought back to that stage where, already 1 year ago, we performed together collecting fans and support!
We can finally say that, thanks to the current components, the artistic and route choices have not been compromised.
In life the results and the facts count, and being united leads to this.
After being chosen by Skid Row on their tour doing more concerts together, Enuff Z ‘Nuff and having shared the stage with Children Of Bodom, Sonata Arctica, Epica, Soulfly and soon at MetalDays festival in Slovenia in Tolmin; Siska and Whitesnake will play on the same stage in the beautiful Roman Arenele of Bucharest, the Roman arena.
More than 7000 people have been waiting for this event for a long time!
We thank all our collaborators, David Coverdale and the Whitesnake (great band that we have always loved) and the people who believe in this project, our friends.
We dedicate this victory (others will follow) to ALL OF YOU. 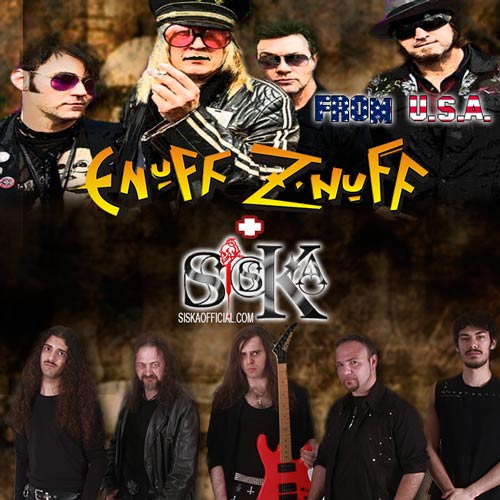 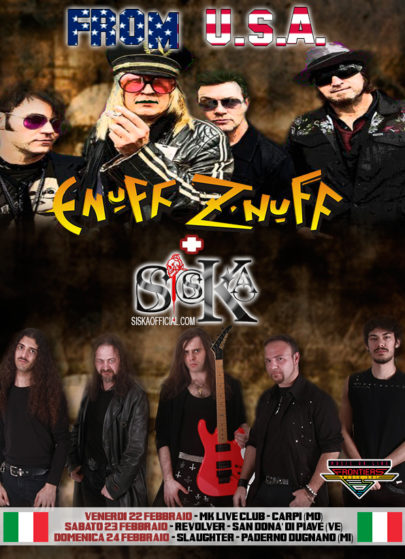 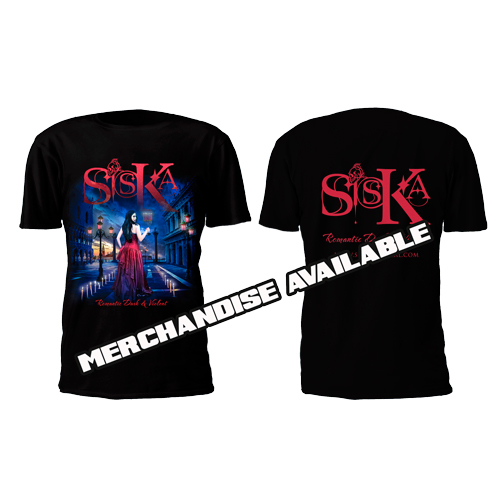 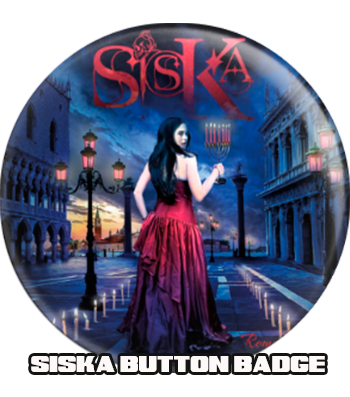 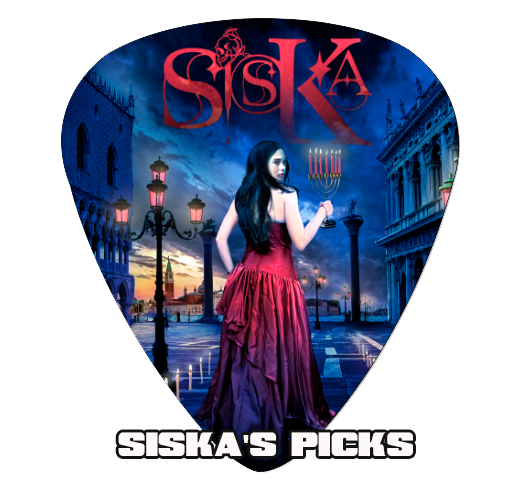 Get it yours on our official store
>> HERE << 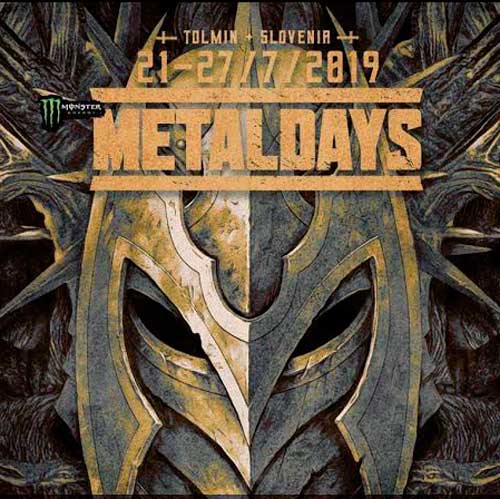 SISKA at MetalDays 2019 in Tolmin

11 Dicembre 2018
We are so glad to announce that SISKA will perform at MetalDays 2019 in Tolmin, Slovenia with Dream Theater, Tarja Turunen, Dimmu Borgir, Philip H. Anselmo, Demons & Wizards and many others! Stay tuned!
www.SISKAOFFICIAL.com
www.BIGTUNARECORDS.com 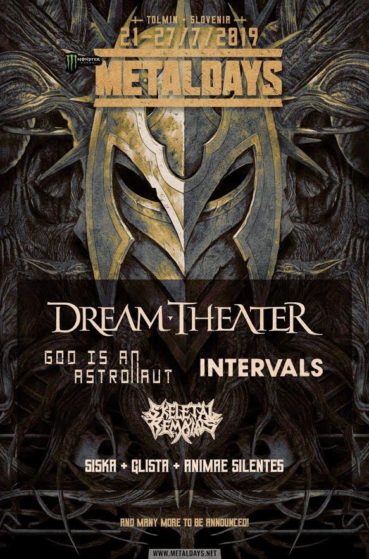 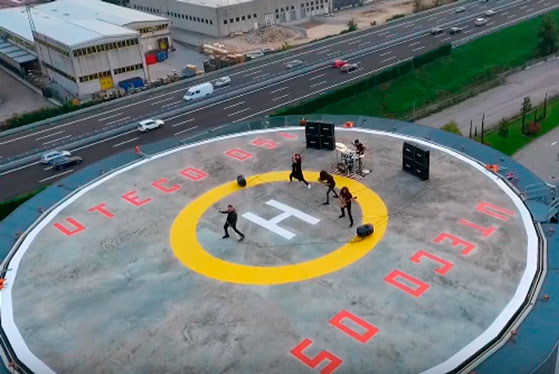 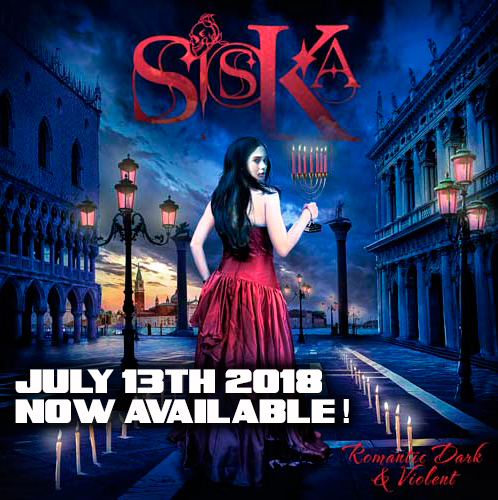